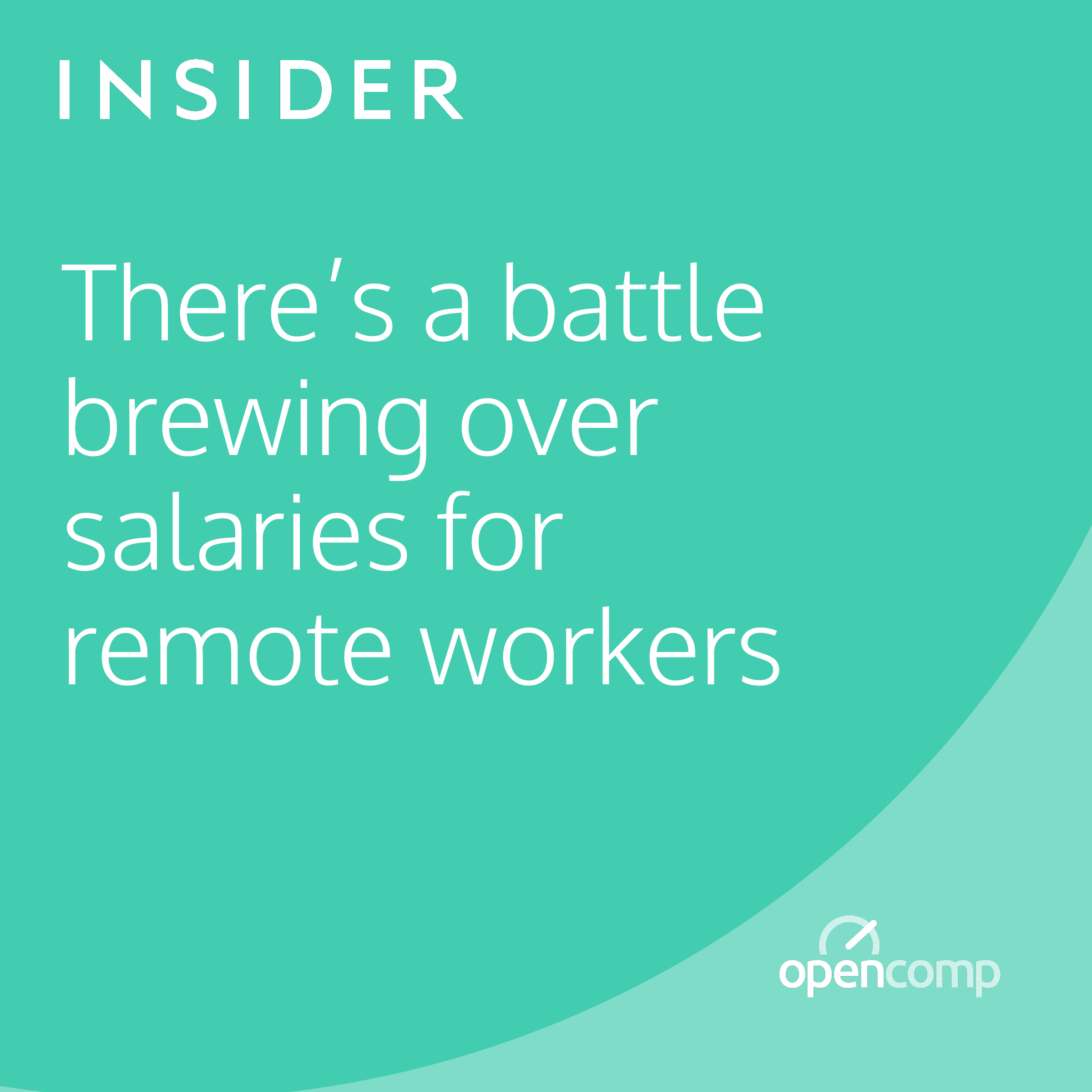 Insider: There's a Battle Brewing Over Salaries for Remote Workers

OpenComp customers Reddit and mmhmm are pioneering NEW compensation MODELS. Companies like these are reshaping the future of work. Read the full article from Insider.

It's always been the ultimate dream of remote work: living in luxury, somewhere cheap, on a big-city salary. For the first year of the pandemic, many white-collar professionals got to play this game of geographic arbitrage, decamping to places like Austin, Atlanta, Denver, or Boise while keeping their San Francisco or New York City incomes. But now, some tech giants have decided to play hardball with employees who want to relocate for good. Google, Facebook, Microsoft, Twitter, Dropbox, and a host of other Silicon Valley mainstays have told their employees that if they move away from pricey cities, they should expect to get their salaries cut — in some cases by as much as 25%.

We can help you decide

Tell us about your company and we can suggest the best solution for you.

We provide consulting services made to grow with your business. If you have needs beyond our standard packages, our expert services are available, billed hourly.